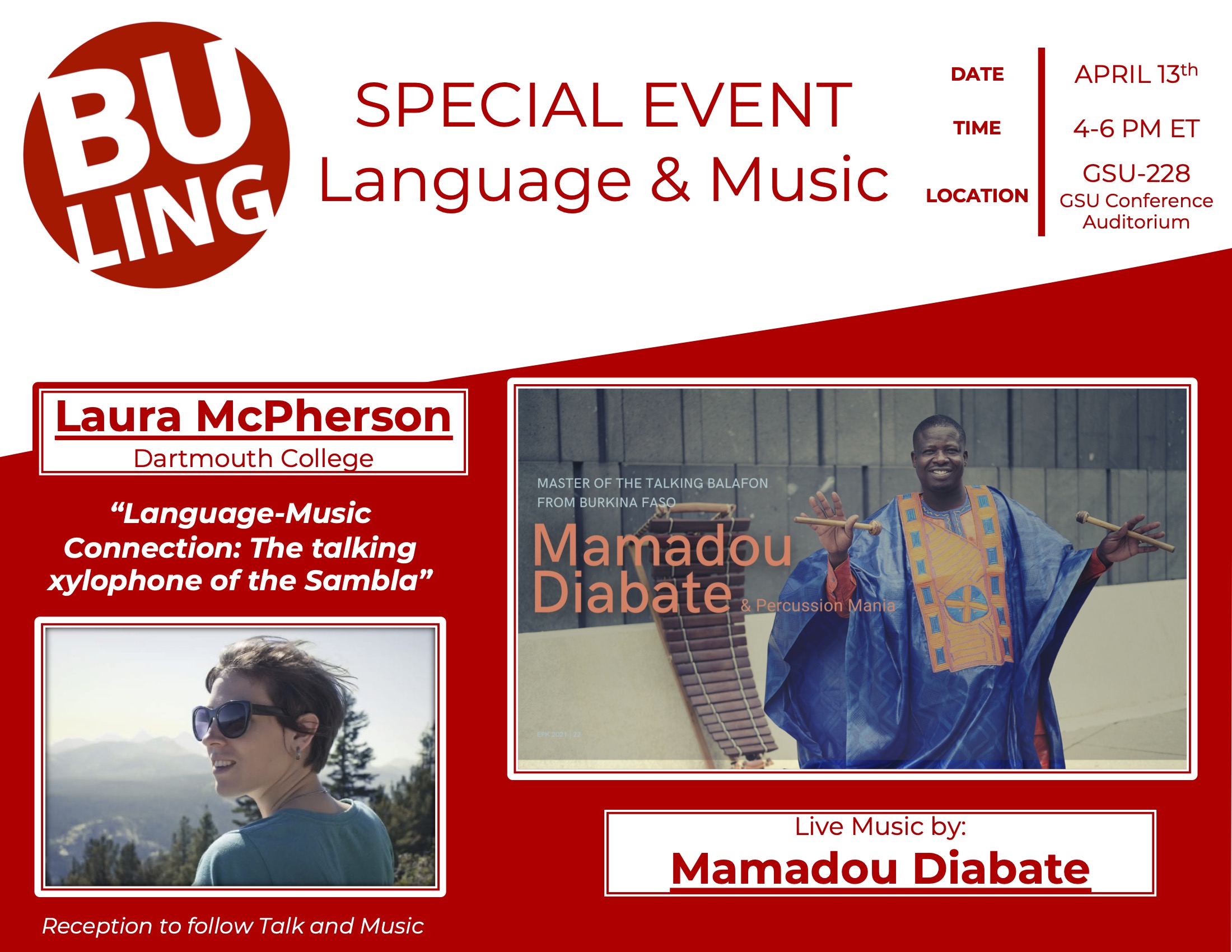 by Linguistics Public Relations
on April 5, 2022

On April 13 at 4pm in GSU (George Sherman Union), Room 228, Prof. Laura McPherson (Dartmouth) and Mamadou Diabaté will join us for a special event: “Language-music connection: The talking xylophone of the Sambla”. Prof. McPherson will give a presentation about musical surrogate languages and the Sambla surrogate in particular (abstract below), with illustrations from Mamadou Diabaté, an accomplished musician from Burkina Faso who is also a master of the Sambla surrogate, and his colleagues. After the presentation, there will be a short musical performance, followed by a reception.

Abstract: At the intersection of language and music lie “musical surrogate languages”, systems in which linguistic messages are mapped onto the rhythm and notes of musical instruments. While the best known traditions may be “talking drums”, musical surrogates are found all over the world on a wide range of instruments. This event delves into the talking xylophone of the Sambla. The Sambla are a small West African ethnic group living in southwestern Burkina Faso whose traditional music centers around the balafon, a kind of resonator xylophone. The sounds of the spoken language, Seenku, can be mimicked on the balafon, and musicians can communicate this way with their audience, dancers, or each other without ever uttering a word. This talk formalizes the relationship between the spoken language and the musical surrogate language, while also exploring the value of this tradition both in Sambla society and in language documentation. The topic will be illustrated live by Mamadou Diabaté, part of the venerable lineage of xylophone masters in Toronsso, Burkina Faso dating back to the very arrival of the instrument in Sambla territory. Come see firsthand how the xylophone can speak, how it can sing, and how it can recount the history of the Sambla people in a tradition where music and language are inexorably intertwined.